While my original intent was to blog about Charlie’s Angels—full stop, I had the chance to see this sequel recently. And while you’d never mistake this movie for a Merchant & Ivory production (or even a Farrelly Brothers film), it’s actually quite fun.

The movie begins in a crowded Mongolian bar, where a U.S. Marshall is being held prisoner in the basement. Meanwhile, in the bar, we see one of Charlie’s Angels, Dylan Sanders (played by Drew Barrymore) in a dice game with some Mongolian lowlife. Her first line: “I’m no angel.”

Believe me when I say that this line and the scene that ensues when Alex Munday (Lucy Liu) and Natalie Cook (Cameron Diaz) show up is much funnier in the seeing than in the telling.

The plot (which hardly matters) delivers what seems to be almost an action movie parody. The fact that it features numerous stars, including Bruce Willis and Demi Moore, adds to its over-the-top appeal.

In a nutshell, the Angels are tasked with finding certain titanium rings that can reveal people in the witness protection program. Various protected people are killed and the Angels (well, two of them) make a surprising discovery about Dylan (Barrymore, who gets to play the “blue Angel”, so to speak).

For me, the best parts of this movie are: the absolutely amazing stunts done in the film (some of which made me laugh out loud) and the fight scenes which mimic or lampoon (depending on your perspective) kung-fu fighting flicks of Bruce Lee.

Okay, so this movie received seven nominations at the Golden Raspberry Awards, including Worst Picture, Worst Actress (for both Barrymore and Diaz), Worst Screenplay, and Worst Excuse for an Actual Movie. (I swear I’m not making those up!) Roger Ebert gave it two-and-a-half out of four stars, a higher rating than he gave the first film.

And take my word when I say it’s just a flat-out, ridiculous and fun flick. Be sure and watch the credits at the end for the funny outtakes. They’re priceless.

For what it’s worth, I give at least one thumb up for its outlandishness alone. 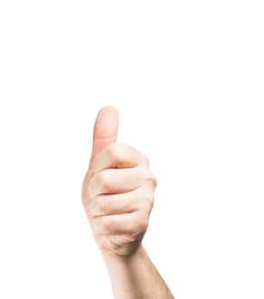 This review is posted as part of the Third Annual Barrymore Trilogy Blogathon hosted at In The Good Old Days of Classic Hollywood! 🙂