Book Review: ‘Get Happy: The Life of Judy Garland’

This book is no hagiography. It reveals in great detail all that was amazing, inspiring, and outright maddening about its subject. And it starts before the woman who would become Judy Garland was born.

Her parents, Frank and Ethel Gumm, were vaudevillians. He from the South, she from the North. Both small town folk who grew up in the theater. They marry and have three daughters. All talented, but the youngest—Baby Frances—was outstanding.

It’s not exactly a secret that Frances Gumm, who would end up changing her name to Judy Garland, was addicted to pills from a young age. What you might not know is how hard her mother, Ethel, worked her. That, in fact, it was Ethel that started her pill-popping.

Ethel Gumm basically saw in Judy the potential for greatness that she couldn’t pull off. The book paints a relatively unsympathetic picture of an ambitious woman, pushing her child harder and harder—treating her more like an appreciable asset than a daughter.

Judy’s father, on the other hand, was (among other things) an admired community theater owner, closet homosexual whose proclivity for young men forced the family to move multiple times, and Judy’s emotional rock compared with her no-nonsense mom. His death left her feeling an abandonment she’d suffer the rest of her life.

But this isn’t just a story about how Mommy Dearest thrust Judy Garland into show business with the aid of pharmaceuticals. Ethel Gumm may have monitored every aspect of young Judy Garland’s life, but as she grew up, the baton of control was passed on to Louis B. Mayer at MGM.

Mayer practiced the J. Edgar Hoover-style method of studio executives. Mayer kept a tight rein over everything that went on at MGM. Including what all his stars were doing. This was multiply true for a rising star like Judy. Initially, Mayer dismissed Judy’s looks as too plain to be those of a star. He’d even call her names, along with governing every aspect of her life.

Is it any wonder that Judy lacked confidence to the point where she felt incomplete without a man? Her daddy issues, the pills, the unforgiving work schedule, and continually being under Mayer’s thumb all contributed to Judy’s increasingly bizarre and unhealthy behavior.

The book includes fascinating behind-the-scenes information about the making of movies like The Wizard of Oz, Easter Parade (which almost paired Gene Kelly with Garland—can you imagine?), A Star Is Born, Meet Me in St. Louis, and other films.

To her misfortune, Judy’s bizarre childhood and lack of self-confidence was underscored by society’s expectations about women at that time. As a result, Garland evolved into something of a hot mess.

It’s tempting to point fingers at her mother or Mayer or any number of enablers, but the harsh truth is, Judy Garland knew she had a problem and chose to behave like a child. Except on those occasions when she reached deep down and made her many amazing comebacks. 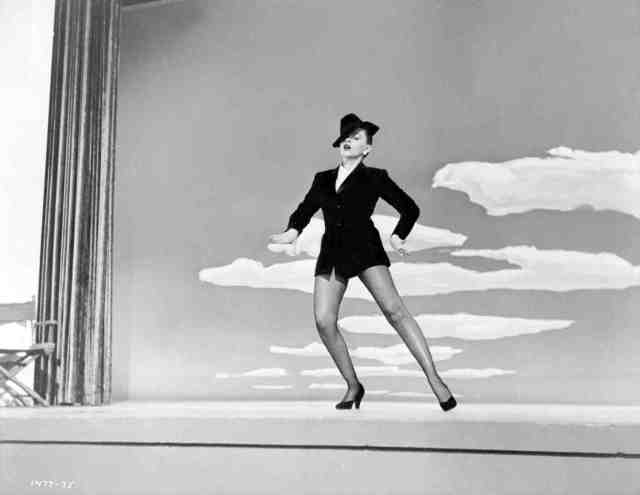 As I said, not a hagiography. And, with all due respect to the talented Ms. Garland, it will be hard to watch those movies with her that I love without pondering her private tragedies again.

This book review is submitted as part of the Second Annual Judy Garland Blogathon hosted by In the Good Old Days of Claasic Hollywood.

You can buy the book on Amazon, B&N, Kobo, Apple, and Indiebound. (Includes some affiliate links.)

6 Responses to Book Review: ‘Get Happy: The Life of Judy Garland’