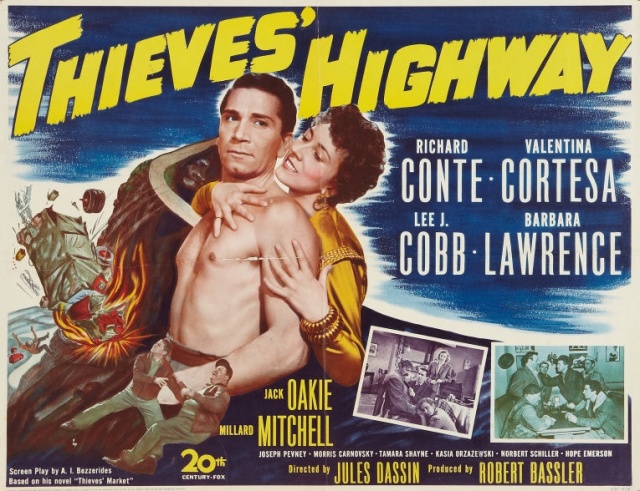 This movie combines the tone and look of a film noir with a drama reminiscent of The Grapes of Wrath.

In it, Nick Garcos (played by Richard Conte) comes home from the war to his parents in Fresno, California and is greeted with a merry song from his father. All is well, until Nick learns that his father was made wheelchair-bound after a car crash that he can’t remember (the father, that is). Nick’s father had made a deal to sell tomatoes to Mike Figlia (played by Lee J. Cobb), a San Francisco-based thug and produce merchant, who attempts to chisel Nick’s dad. After pestering Figlia for full payment, Nick’s father ends up drinking with a gang of pretend pals and, well … events are unclear, but the upshot is the father loses his legs in an accident that he can’t recall. 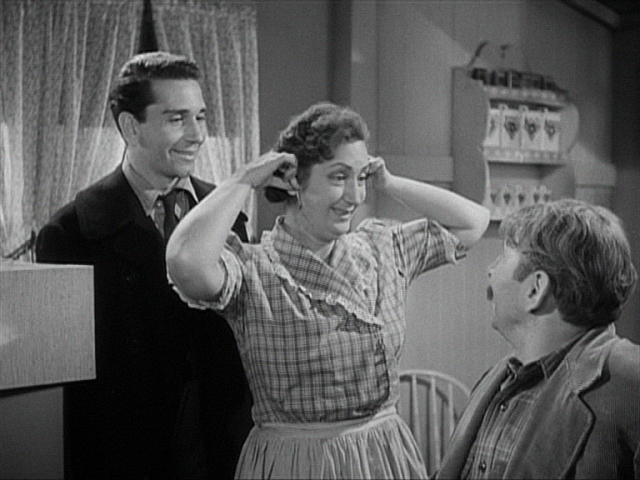 Nick devises a plan to sell Figlia a truckload of Golden Delicious apples and enlists the help of Ed Kinney, who bought Nick’s dad’s truck, since he … can no longer drive it. 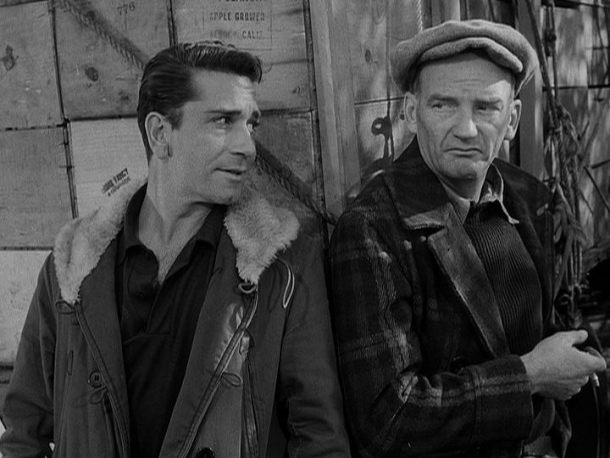 Between automotive breakdowns and other obstacles, Nick makes it to San Francisco, but must wait for Ed to catch up with him. So again … vehicular problems (plus the two doofuses that follow Ed around, offering help—but only for a big portion of the spoils) keep him occupied, while Nick tangles with Figlia and Gang. Oh, the days before cell phones. 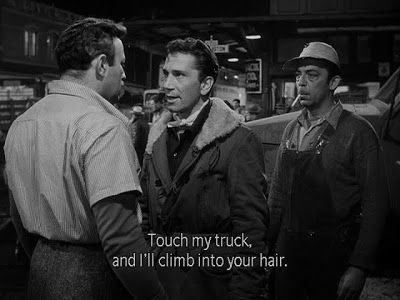 It’s a fairly straightforward plot with magnificent performances from Conte, Cobb, and Valentina Cortese (who plays the prostitute hired to keep Nick in the dark about what’s going on with them apples behind his back). The photography is also 100% noir. 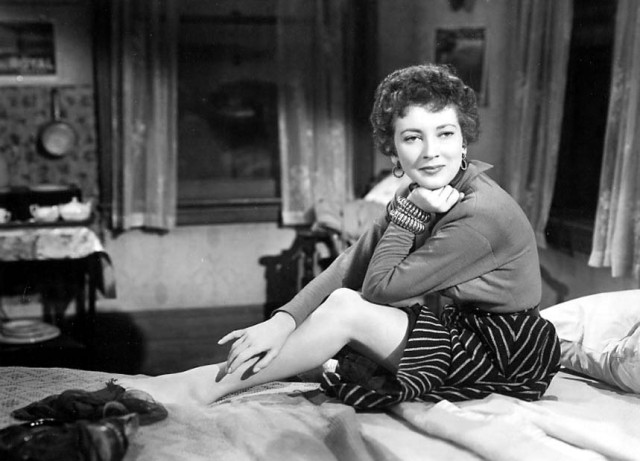 I don’t think it’s a spoiler to say that after enduring a series of brutal setbacks, Nick gets to give Figlia a good smacking.

This film explores how commerce can warp a person’s soul such that common decency is tainted by greed. It was based on a book that apparently ended in a much harsher way than the movie. One that shares that note of tragedy for the working man. Kind of like The Apples of Wrath. Kinda.

However, I was taken aback by a scene where Nick makes a long-distance call from a cafe to tell his fiancé some financial good news and does so by shouting it nearly loud enough to be heard in San Diego (sans phone). While all the patrons gather round him, listening.

I can’t quite believe a soldier who survived the Battle of Anzio would do that.

Nonetheless, this film deftly combines film noir with working-class social commentary such that it fully merits a five-star rating.