Time After Time is a very clever time travel movie. It’s also something of the genre-bender, in that it’s a science fiction/thriller/romantic suspense movie. And it’s a fictionalized account involving real people—one of whom wrote a novel about a time machine.

The story starts in 1893 London, where H. G. Wells (played by Malcolm McDowell) is holding a dinner party during which he intends to reveal his new invention—a time travel machine.

His announcement is delayed as one of his guests arrives late—Dr. John Leslie Stevenson (played to perfection by David Warner), head of surgery at a local hospital. During the festivities, the police show up. It seems that Jack the Ripper has struck again. Upon discovering bloody gloves in Stevenson’s medical bag, the coppers conclude that he seems to be “head of surgery in Whitechapel,” a.k.a., the elusive Ripper. A search of the premises fails to turn him up. Care to take a guess how he escaped? If your answer is that he nicked the time machine and set course for the future, you get a gold star.

Fortunately for Wells (and the story), he took the machine without its handy “non-return” key, so the machine will automatically return to 1893 after Stevenson reaches his destination. After the machine comes back, Wells jumps inside and races off after the Ripper with the intent to bring him back and see justice done.

One thinks that part of the reason Wells is so hot to chase the killer is that (based on his theories), in the future, humans will live in a socialist utopia. Well, we know how that turns out.

Wells follows Stevenson to 1979 San Francisco (how he ended up leaving London is anyone’s guess), where he eventually tracks Stevenson down with the help of the lovely Amy Robbins, a bank employee who handled a money exchange for the Ripper (a part played charmingly by Mary Steenburgen). When Wells eventually confronts Stevenson, Wells’ quarry mocks him for his delusional thoughts of a utopian future. In fact, he feels quite at home in the real and very violent future. 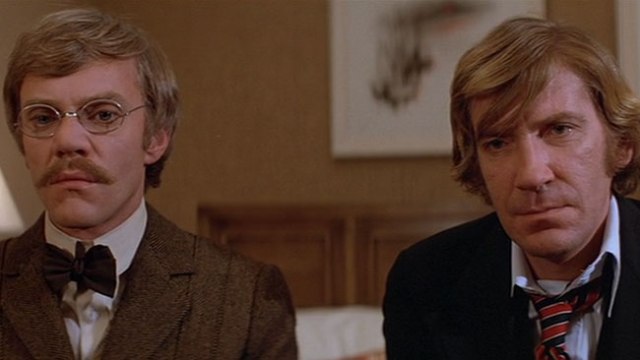 Image from Following the Nerd.

Then Stevenson delivers the following line, “Ninety years ago, I was a freak. Now … I’m an amateur.” This is one of those things that tends to happen in stories about the future. Years later, usually the future that’s predicted is nowhere close to the actuality. In this case, Stevenson’s line had me thinking, “You think 1979 is violent? You ain’t seen nothing yet.”

In any case, is it really a spoiler to say that Wells and Amy develop a romantic relationship? And, because of that, Amy is targeted by the Ripper, who is hell-bent on getting that “non-return” key for the time machine that I mentioned. On top of which, a clever “ticking clock” plot device is thrown into the mix, which I won’t go into in detail for fear of spoiling the viewing experience. 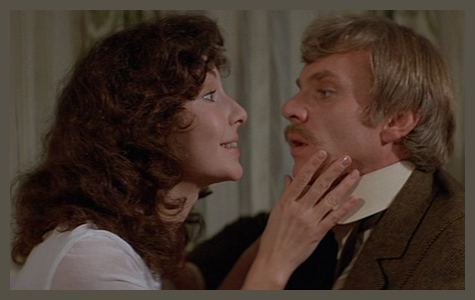 Image from Seven Inches of Your Time.

One interesting thing to note about the movie is that it was based on an unfinished novel. It’s also one of the last films scored by veteran composer Miklós Rózsa. The music is fantastic, as are the various San Francisco landmarks seen throughout the film. There’s also a little homage to the chase scene in Bullitt that you might catch in this trailer!

And according to Wikipedia, the studio wanted Mick Jagger for the role of Stevenson. Thank God they picked David Warner. 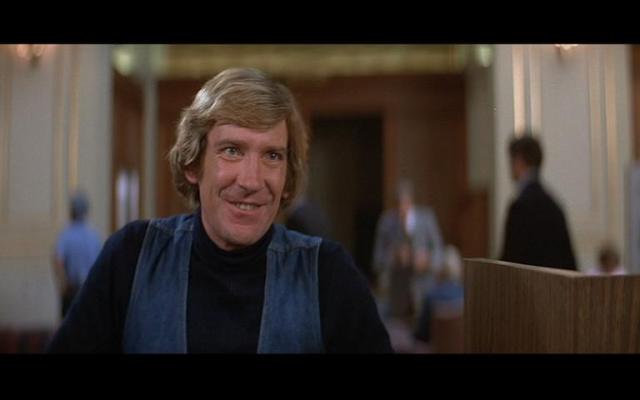 This review is submitted as part of the Time Travel Blogathon co-hosted by Ruth of Silver Screenings and Rich of Wide Screen World. 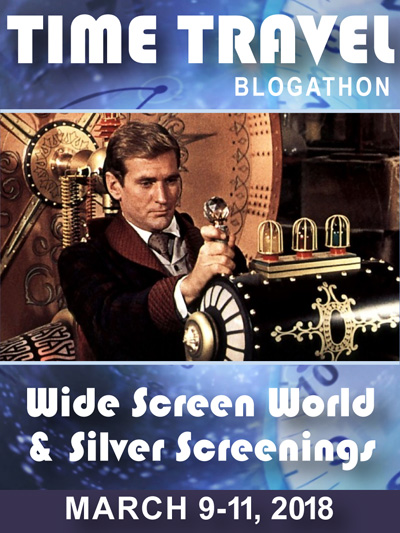 And how apt is that banner? 🙂